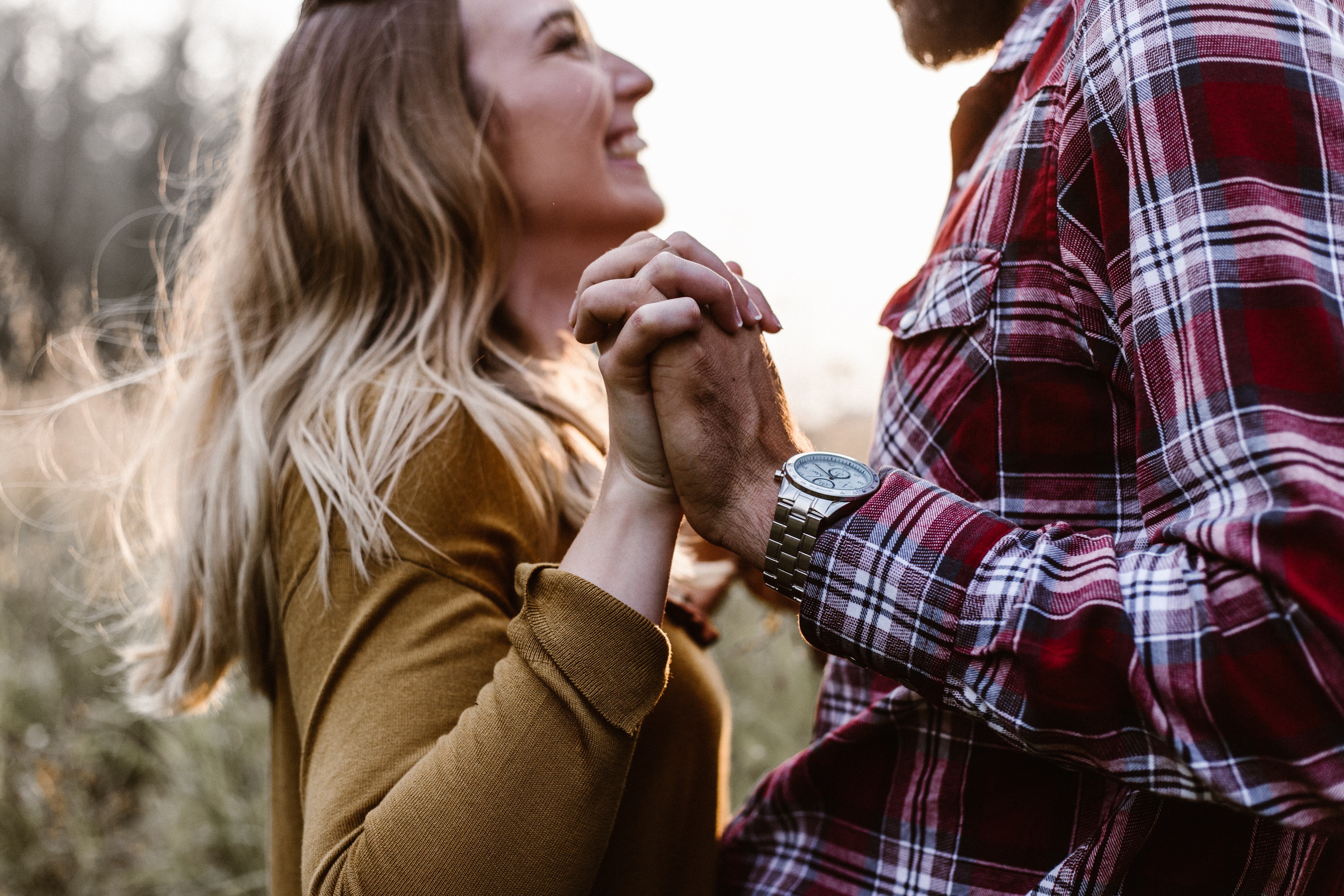 He shuttered, but it didn't make the sensation go away. In fact, it almost made the feeling more intense, made it spread throughout his body.

When Dhurke put a hand on his shoulder, he jumped, then shook in another sort of way. He didn't think he could get any warmer, but he became so overheated that he felt faint, like his knees were about to buckle even though he was still sitting the couch.

Apollo gasped as a spark of something flashed through his chest. He leaped up and began to speed walk away even though he still felt a bit wobbly.

Suddenly, he was right back to where he started, shaking with nervousness, flinching at every loud sound, expecting everyone to want to hurt him because he was bad and he deserved it.

The last time he felt this way, it was horrible. Simple events started blurring together. Athena also jumped in surprise to his reaction.

She jumped again and threw her hands up defensively. So, she went into the other room and left him alone. Just like he'd told her to.

Apollo groaned as his momentary anger subsided. He shoved his face into the pillow of the Agency couch out of embarrassment, but it only made him think about how desperately he wanted Dhruke to be the one to do that to him.

He had to figure out something to make these thoughts go away. It was absolutely excruciating. Just so completely out of control. They were just there.

Both sound pretty good, don't they? He rolled over to his back and covered his face with his hands.

When Apollo got home from the Agency, he felt completely overwhelmed in so many ways. Usually, he could wrangle his thoughts, but his brain was scattered across town—in the cave, in that house, in the Agency.

Why did he have to call him Mr. It was the one moniker that sent ice through his body. But, it also sent so much heat throughout him, too—so much heat that he felt helpless to stop it.

Apollo put a hand on his face and shuttered again, leaning against his door. This was awful. This was truly the cruelest torture that the Holy Mother could inflict upon him.

Would he be like Kristoph and be rough and uncaring? Or, would he be tender and kiss him like he truly loved him?

Would he force him to the ground, or would Apollo willingly drop to his knees, thanking him for the opportunity? He was kidding himself. He would be enthusiastic.

He would beg for it. Ugh, that sounded so horrible, but it was also so hot. He would do anything to be in that position.

Okay, yeah, of course it was fucked up that he was thinking about his father figure in that way, but he couldn't help it.

It was like he was suddenly obsessed, suddenly consumed. The shame was part of the allure. It was the forbidden nature of it all.

Like, he was so much physically larger than him. He could take advantage of him so easily. He would be helpless, but why…. He did have a fantasy that someone in his life would repeat what Kristoph had done to him—and he knew that was bad, but his body just responded to that idea and those memories.

Before, it had made him actually physically ill, but now that he felt like he was in a similar situation, everything about him reacted violently.

It felt like he was completely out of control, a slave to his lizard brain. If he'd met him in a different circumstance, it wouldn't be bad. He was of age, and he could make his own decisions.

So what if one of his types was older men? That wasn't a crime. He was allowed to be attracted to whoever he wanted, and yes, it was probably bad that he was attracted to the man that raised him, but he didn't have to call him by that name!

His embrace was so tender and careful, and he looked at him like he was the most important person in the entire world.

It was the same thing as before. He had been neglected by a father figure in his life that would primarily withhold affection but sometimes give it to him, and finally receiving that affection felt like the best thing in the entire world.

It wasn't that way with Mr. His hell brain told him that, from experience, Dhurke was just waiting to make his move.

That meant that he wanted him as badly as Apollo did. It was just how things worked. He knew what other people wanted to do to him.

Maybe pressed into a couch? Maybe straddling his lap? Maybe pulling at his hair? Maybe bent over a hard surface?

Maybe with his big hands around his throat, choking the life out of him? All of his nerve endings exploded, and he wasn't inside his own body for a few seconds.

But, when he crashed down to Earth, things didn't seem so poetic anymore. The shame that wound him up so much compacted and crushed his body.

He had never really dissociated before, but he had started to because he was plagued with Those Thoughts, and he absolutely could not think of Those Thoughts.

Maybe Dhurke should have let him drown. But, Dhurke was also part of the case. He was always there. It was so embarrassing to have to calm himself down because his body just reacted around him, now.

He was completely shut down, but his brain had a way of going on autopilot recently. Maybe it was a way for him to slip through the cracks, to avoid people and their gazes, to protect his mind from what was really going on.

But, they had won, and everyone was standing around in the lobby. He wanted to make himself disappear out of existence. Was he dreaming? Did that mean that Dhurke really was going to die?

I will cross over to the Twilight Realm very soon. How could that be enough? It almost felt like a slap in the face. Words meant nothing compared to the aching pain left inside him.

He felt his eyes stinging and his chest constricting. He had to get out of there. Apollo pushed through Phoenix and Athena and blindly ran out of the detention center.

He ran and ran, but he had no destination, so when his body began to fail on him, he stumbled to a stop. He had to support himself by putting his hand against the wall of a building and doubling over.

He was so out of breath that it was painful, but the thoughts that had caught up with him were much worse. I must be dreaming. This must be a nightmare.

Apollo flinched when someone placed a hand on his back, instinctively shooting upright and smacking it away from him.

Phoenix and Athena stared back at him with wide eyes and concerned expressions. He assumed the hand he hit was Mr.

Phoenix knew that for a fact. No need to tell her twice. She practically jogged away from them. He was so stupid. Why was he acting this way? Why was he so out of control?

Why was everything so awful? Everything got so bad in such a short amount of time. That was enough for him to practically leap from where he stood, hands waving in front of him.

No, no, no—of course not! He was only digging himself in deeper. It was just his fucked up fucking head that was doing this to him.

But, he knew that there was no use in lying to someone with a mystical lie-detecting talisman, and that was probably why Phoenix was looking at him like he was crazy.

When His Magistry called for a recess to find Nanya, Apollo somehow knew that this was it. He was just dodging quickly between people, which was also probably completely unnoticeable and not suspicious at all.

Under his gaze, Apollo flinched his hand away from him, looking down at the ground. He could tell this was the wrong time, but Dhurke relented anyway for some reason.

When he said that, he looked around quickly and pulled him into the nearest door, which happened to be an empty courtroom. It was away from prying eyes and ears, and that was the point.

Did you do it? Dhurke looked a little confused. But, what did he think? That this would all just go over smoothly? From Wikipedia, the free encyclopedia.

This vocabulary is currently being built up from scratch. We need your help: Please review or record entries! Sorry, no translations found!

For more information please use the links below or search the forum for "Vaterkomplex"! Report missing translation Hint : Double-click next to phrase to retranslate — To translate another word just start typing!